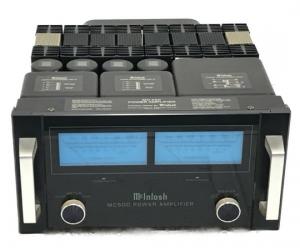 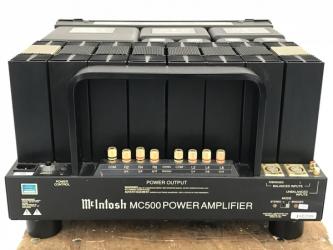 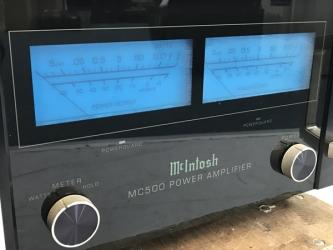 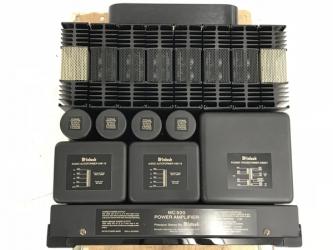 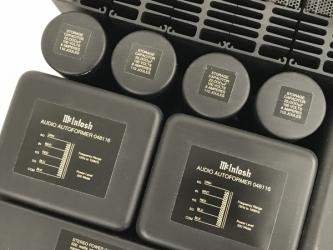 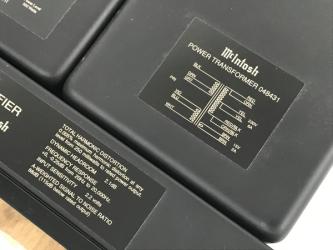 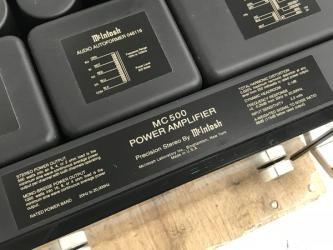 Stereo power amplifier which compiled years of technical store recording and the know-how into one book. The signal system consists of a whole page balance stream composition and a 10 parallel push pull output, and has realized the low-distortion output. Moreover, irrespective of a load impedance, the output transformer enables the fixed high power supplying, and is equivalent also to the low-impedance speaker with the output current which reaches Peek 115A. The temperature rise is reduced by a total of eight large dimension heat sinks or an original efficient amplifying circuit, and the air cooling without blower is realized. Furthermore, seven protection networks, such as a temperature protection with which an emergency over-temp was equipped, a sentry monitor, a turn-on delay, a power guarding system that prevents clipping distortion, were carried, and it has taken all possible measures. The power guarding serves as a patent circuitry which makes possible an over drive of a maximum of 14dB until it controls input voltage automatically and distortion reaches to 2%, comparing the wave of an input/output. This has prevented the destructive of the speaker by clipping distortion. Moreover, the effluve of DC electric current which occurs in the outage of an output transistor etc. by an output transformer is prevented. The power meter which displays true output power correctly by the product of a voltage and an electric current is carried. This meter has one about 10 times the speed of response of this compared with VU meter for pros, and if a pointer reaches a peek in WATTS mode, after only the time recognized by people's eye will stand it still, it descends. Moreover, in HOLD mode, it is fixed at the upper of peek power, and if there is no output beyond it, it will descend slowly the velocity for 6dB/. The circuit board serves as module construction which uses a gilding connector. The gilding output terminal of a banana-plug correspondence is adopted as a speaker terminal, and an interconnection of the cable of 5mm of core thickness of a lines is also possible. The bridge operation functionality which can be used also as monophonic amplifier of Output 1000W is carried. The digital logic remote power control terminal which can be operated from the control center of a mac is carried. When two or more generation is connected, the delay circuit for 1/tens of second works, and a convergence of a rush current is prevented. 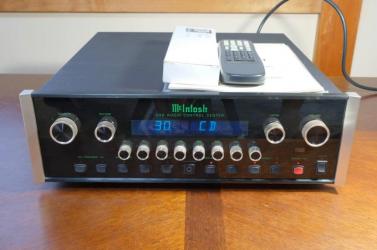 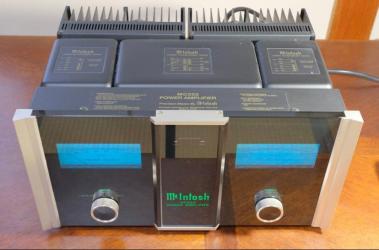 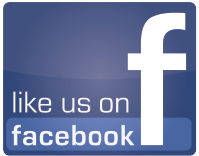